Will India take stand for their George Flyods?

News Our Take On

Will India take stand for their George Flyods?

The Bigger Picture From Lockdown

Deepika Padukone Working With WHO On Mental Health

Earth's Ozone Layer Recovers Itself To A Great Extent

India Now Has Its Own Affordable Coronavirus Test

America has erupted into flames over the atrocious murder by a white policeman of George Floyd, a black man, in Minneapolis last week for using a counterfeit note. And the irony is that in the US, the Minneapolis Police Department is considered a progressive police force for its reforms and training on diversity. It supposedly embraces “community policing” and frowns upon bias of any sort against colored communities. But all this did little to prevent the brutal murder of a black victim by a white officer, who mercilessly him choked to death.

In dealing with Floyd, who was not armed and didn’t try to flee either, we saw police brutality of the worst kind, riding most obviously on the deeply embedded hatred of blacks by sections of the white community. The white police officer, Derek Chauvin, had pinned down the 46-year-old black and kept kneeling on his neck, despite Floyd saying several times that he couldn’t breathe, till he lost consciousness.

Despite a third-degree murder charge being slammed against the police officer concerned, demonstrations, violent clashes, riots and looting, with the refrain “Black lives matter”, have put the country in a crisis mode. The National Guard has been called out. The White House too has not escaped the wrath of the grieving and angry Americans, as President Donald Trump has added an extra spark to the tinderbox by calling the protesters ‘thugs’ and threatening them with military action.

Police brutality is something that no country is free from. Add to this insensitivity, indifference, or worse, silent compliance, and it is small wonder that we don’t exactly love our men and women in uniform. Eminent writer Paulo Coelho tweeted about police brutality against blacks in Brazil, and actor Will Smith had this chilling comment: “Racism is not getting, worse, it is getting filmed.”

In The past several month Indian police brutality has increased in this pandemic year. In the avid of corona virus police have brutally beaten up citizen in the past several month as the were criminals. They banged there “Lathi” on them and showing them no mercy. Similarly in the case of CAA and NRC police brutality was shown on the National television, but only handful of celebrities and social activist raise there voice in against of them.

Many number of cases is being registered against the police but no such hard action would take place against them.

India is no different. A country with hundreds of cultures languages, accents changing every 10 or 20 kilometers is no different than America. Race riots erupted in Delhi and Greater Noida. A peaceful protest march suddenly turned violent and triggered a vicious racial attack as locals ‘accused’ Africans living in the area of drugging class 12 student Manish Khari, who died of a cardiac arrest on Saturday. The people feel like the Africans are devil incarnated and that has been heard so many times from the locals. Misconceptions like the whole community survives on selling drugs and prostitution and what not persists in India and very strongly.

In India, we all know about gratuitous police beatings and custodial deaths and the indifference of politicians to blatant state violence. In recent times, many instances of police violence against citizens have been filmed and circulated. They invoke outrage on social media. Instances similar to the manner in which George Floyd was treated are very familiar to us in India. Yet the reactions are vastly different here; vicious police brutality, often communal, is not enough to get us out on the streets.

Where thousands have come out in major cities in the US, a cop mindlessly beating up a hapless man provokes barely a ripple in India; no one ever stands in public protesting it. Similar cases in India have their moments on Twitter and Facebook and then faded away, without any national outcry, much less protests of the kind we are witnessing in the US. The policeman in India is a law unto himself and for him – constable or officer – beating up people without any fear of being held accountable is a routine matter. No superior is going to question him, no politician is going to call him for an explanation and citizens will also take it in their stride.

If anything, many Indians may agree with the police, even applaud their initiative. Police brutality is just not the issue in India that it is in the US. Though many efforts to clean up police departments in US cities have failed to make a difference, it is unlikely that the general public will praise the police for killing a man in custody.

In the 1980s, ‘encounter specialists’ became the heroes of Mumbai for killing off criminals rather than going through the long-winded judicial process.

The shooting of eight suspected SIMI members who had “escaped from jail” by the Madhya Pradesh police raised serious questions and was likely fake, but was praised by the state’s home minister.

There is thus no reason for the middle classes to come out on to the street and if the poor did – as we saw during the mass migration from the cities to the villages – they would be beaten up.

Police brutality should shake up all of us, even if we may not have personally faced it. These are things about our system that have to change and only public opinion, expressed jointly and forcefully, can do that.

The Bigger Picture From Lockdown

From ‘Empowering Women’ To ‘Hating Men’, When Does “Feminism” Turned WRONG 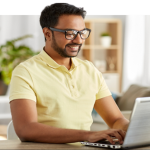 Probably the jack of many traits but unfortunately, master of none. My mind wanders a lot and I let it, so I will just keep on writing on things that intrigue me.