‘Kabir Singh’ was talked about a lot due to various reasons ranging from comments from the Director or various debates about the lead character in the movie.

The movie was criticized for the male dominancy and setting a wrong example. But do you know the movie was inspired by a South Indian movie?

The most appreciated movie for which Devarakonda received the Filmfare Award For Best Actor-Telugu. The movie shows a high-functioning alcoholic surgeon who has an anger management issue. Vijay has portrayed the character so well that we can feel the pain Arjun Reddy is going through. His acting was such a hit that no remake had matched the level.

This is a sports drama that focuses on the female cricketer where Bobby (Devarakonda) supports, encourages and helps Lilly (Rashmika Mandanna) fight for her goals. The movie delivers the true meaning of Comrade.

A supernatural comedy thriller which shows a hot taxiwaala, Shiva (Devarakonda) who stumbles upon a possessed car. The movie makes you wish that you will also meet a Taxiwaala like Shiva. A hot guy and a car, name another duo better than this.

An extremely hot, stunning college professor who is way too innocent. (God! why don’t we get to have such professor’s in real life). Well, this is never gonna happen because its a doubt that anyone could be such hot as Devarakonda.

The movie shows a truly passionate love between a guy that fell for a woman whom he meets at the temple and wishes to marry her but things totally change after he accidentally kisses the girl of his dreams.

This was the first movie in which Devarakonda had played a lead role. He received a lot of appreciation for his realistic portrayal of a lazy and unmotivated chef. 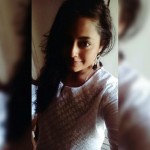